Thailand at a Glance 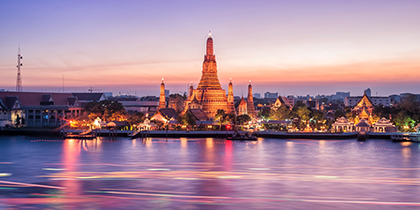 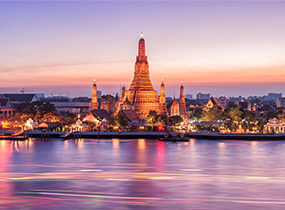 Thailand is located on the continent of Southeast Asia. Thailand is positioned to the north of the equator. With a latitude of 15.8700° N and a longitude of 100.9925° E. Temperature is between 22 – 37 degrees. It has an area of approximately 513,120 square kilometers.

Thailand has borders with 5 neighboring countries as follows:

The overall topography of Thailand consists of mountain ranges, forests, hills, plateaus, valleys, plains around large rivers, seas, beaches and islands. It can be divided into 4 regions, a total of 77 provinces, as follows:

Thailand has a monsoon climate. can be divided into 3 seasons: 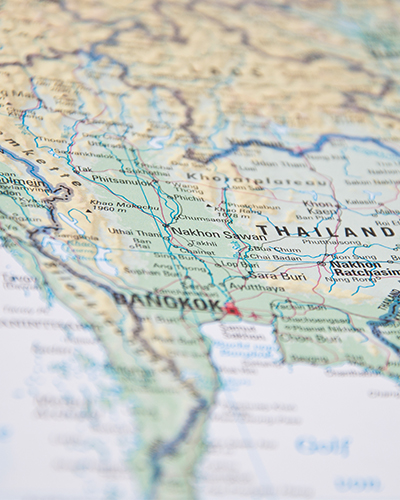 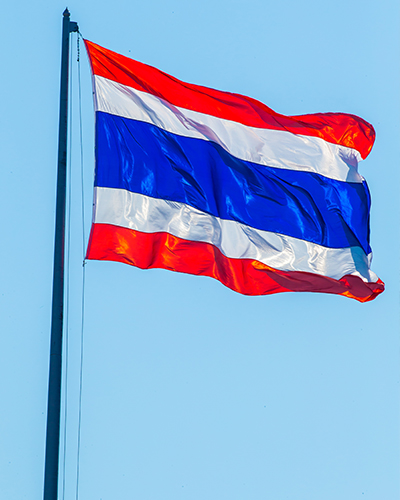 King Rama VI designed the tricolor flag . and gave the meaning of the colors in the national flag as follows

Traditions, and Thai culturearising from concepts , beliefs, and lifestyles. morals, values, and religious rituals are passed down through generations in the form of beliefs, although each area has different traditions. But Thai traditions still help to keep Thai people in a good frame. Create behaviors for Thai people to have humility, gentleness, unity , and manners like Thais and these good things. can indicate the history of the nation

Average exchange rate of commercial banks As of February 21 , 2022